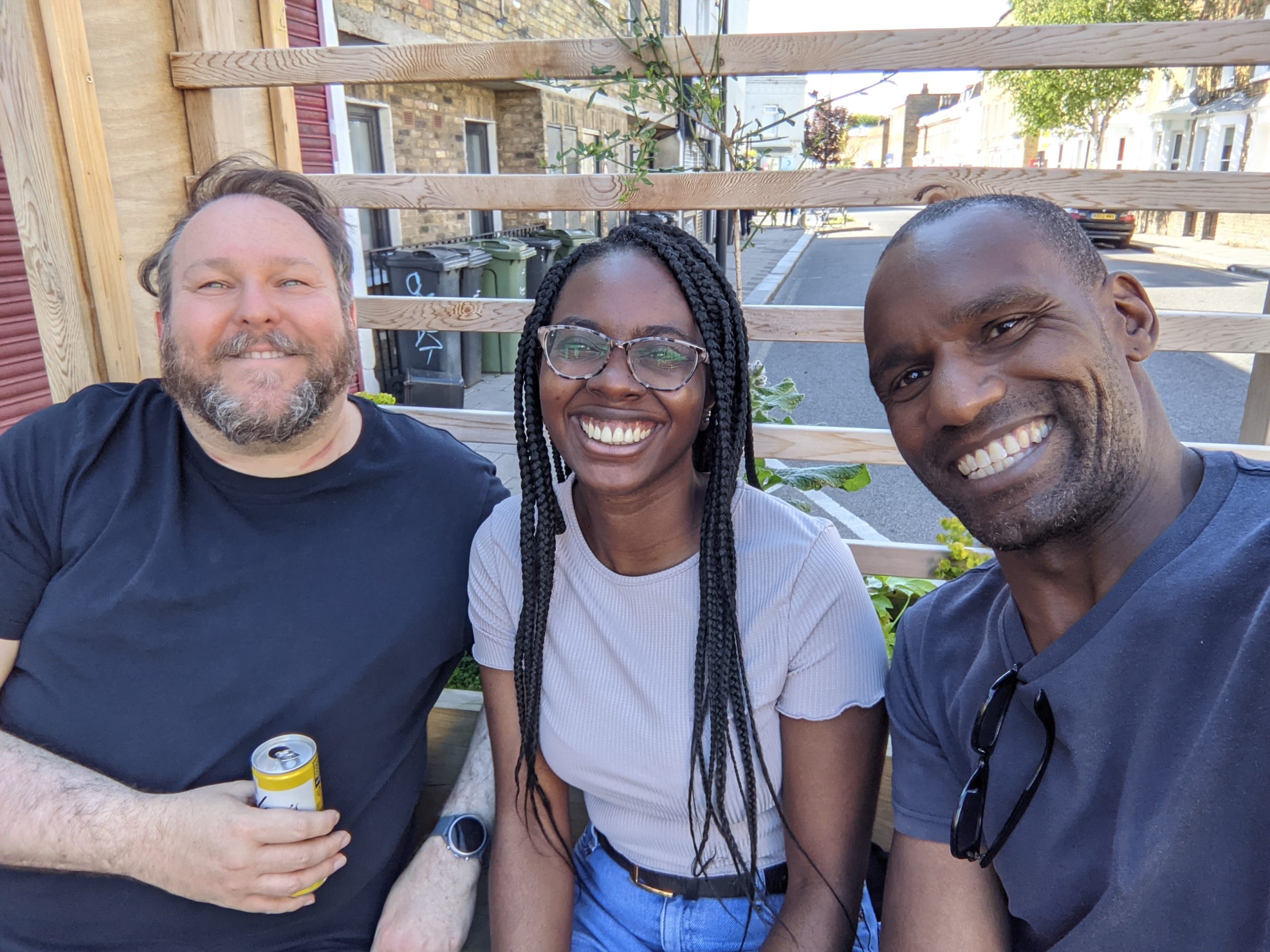 I would be lying if I knew what a parklet was before I was told to sit on one to gain some insight. According to Living Streets, parklets are “what happens when parking spaces are transformed into a community space – e.g. with benches, seats, planters, etc.” That they exist to challenge the assumption that “kerbside space is only for car storage” and that it is supposed to be used as “a resting point for people as well as a play area for children.

Before I get into things I must say, the sun was shining and the flowers in the parklets are lovely. I should also share, the Railton Road parklet has an active Twitter account. I sat in the parklet on Railton Road for around ten minutes, I spent most of the time being staring at. Every single pair of eyes revealed their curiosity as to why I chose to sit there. There was nothing odd about what I was wearing or doing. As the daydreamer that I am, I took to daydreaming about the scenery; The Hamilton mini supermarket which I frequent every now and then; the house across from it was once a barbershop of which my Nana was employed; and old houses of all the people I went to primary school with; people long moved out.

When I first set foot in the area at the tender age of five or so and attended the school around the corner; all my friends who hang outside same areas after school; no one ever felt the need to have a parklet installed.

The National Association of City Transportation Officials, states that parklets come about as a result of a partnership between “ the city and local businesses, residents, or neighbourhood associations.” That their design is distinctive to accommodate “unmet demand for public space on thriving neighbourhood retail streets or commercial areas.” As I looked around, there is not many local businesses insight, I would not even define that part of the road as a retail street.

I was soon brought back to reality by the two Jamaican men who were deep in conversation. When I first walked to the parklet they were standing up leaning against Regent Road, I wondered why they did not opt for the parklet themselves.

While away studying at university from 2016 – 2020 I got used to changes in the community I grew up in. And to be frank, I do not mind but what makes me side-eye – it all; is the argument that these changes are for the community. Insert the parklet again. For many years I attended primary school, but my mother did not feel it was safe for me to roam the area between my school and Hamilton. Did parklets not exist then? Did the community not exist then? There are so many more questions I could and should ask but I do not even know who to ask. But I will ask this, I sat in a parklet for ten minutes and spent most of the time being stared at, why?

The parklet sits next to the Hamilton Supermarket, named after the Hamilton Arms pub that occupied this site until 2004.

It shared the name with the road, until it was renamed in the early 20th century to avoid confusion with other roads of the same name.

Locations in this archive